The 2008 Financial crisis: what can we learn about leadership?

It's now clear our economy is suffering a major blow. Financial institutions are crumbling. The government is stepping in to head off even more calamities while creating significant discourse on who is to blame and what is an appropriate response.

These are the times in which leaders are most challenged. They are challenged to demonstrate what they are really made of.

It is also a time in which we should reflect upon what type of leaders we want and need to lead us further into the 21st century.

The complex nature of the world today demands a different kind of leadership. We are much more interdependent than ever before. We are global. Information is coming at us from all directions and what we learn in school is quickly outdated. Companies that once seemed like stable and sustaining firms disappear overnight.

Yesterday I heard Bill George, former Chair and CEO of Medtronic and now professor of management at the Harvard Business School, speak about his book True North which focuses on what he calls Authentic Leadership. According to George, authentic leaders demonstrate 5 dimensions:
What does this have to do with the current financial crisis?

One could argue that the current crisis is about policy, regulations and unfortunate economic conditions. However, consider greed, lack of transparency, sub prime mortgage loans, and all the various decisions made around derivatives, hedge funds and other high risk financial practices.

Given the complexity of today's financial world and the pressure for short term gain, continuous growth, quarterly results....is it really possible for leaders to demonstrate authenticity?

Well, I think so, but don't ask me, because when it comes to human nature I am The Optimist!
Posted by Betty Doo at 4:09 PM No comments:

Diversity at the Top

Despite your political leanings, you cannot deny that the 2008 presidential election has a new look. Two women, an African-American and an older gentleman have appeared front and center on the stage. Regardless of who wins, there will be a new look in the Whitehouse come January 2009.

So what does it mean, exactly?

It seems clear that people are energized by having greater diversity at the top. We are a very diverse nation, growing more so each year, and people like having their leaders reflect their own characteristics, hoping they will thus be more able to represent their views.

It is an exciting time in this respect.

There are caveats, however. One potential danger is in choosing leaders solely because they look like us, as opposed to being the best person for the job. And this is, unfortunately, too much of what has happened in the past.

Clarence Thomas and Barak Obama are both highly-accomplished African-American men, but their political views differ dramatically. Sarah Palin and Hillary Clinton have both helped to shatter the proverbial glass ceiling; but their views on most issues that affect every day Americans are markedly different and as a result they would lead the country in very different directions.

Diversity should be considered "necessary but insufficient". In business as well as politics, we need the value that comes from diverse voices, not only gender, race, age, ethnicity, but differing points of views as well. Our world is too complex to rely upon a simple, singular perspective.

We also need leaders who are intelligent, competent, and trustworthy who will go beyond soundbites and scripted speeches to really "walk the talk" of inclusive leadership.
Posted by Betty Doo at 9:19 AM No comments:

We all need a little vacation every now and then 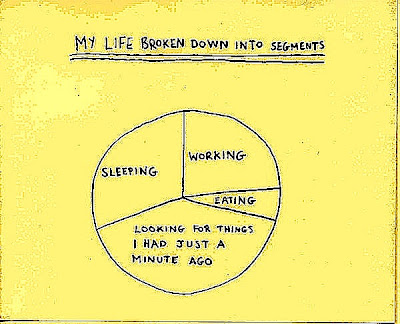 Do you feel guilty when it's time to take your vacation? Do you worry about all the things that may go wrong while you are away enjoying yourself with a little R and R?

Here in the U.S., unlike certain other places, we find it difficult to find the time to get away from our work. However, that "away" time is actually good for us and the job. It allows for valuable time for reflection; time to be rejuvenated, to gain a new perspective on our work and lives, and if all goes well, return to work with a renewed spirit. It also allows us to be WHOLE --to be people who can spend time with family, leisure activities, our community.

When we do finally decide to take some time off, we often work longer hours in preparation for our time away, and work much harder upon our return. No wonder we hesitate.

Then there are the incessant emails..........we can use our technology wisely or as an albatross. If having your blackberry or iphone or whatever helps you feel you can keep a little in control of things, I say why not. However, you should guard against the notion that you cannot be away from your work at all. In most cases, there is someone who can cover for you while you are away. And the reality is: no one is indispensable. Maybe things will happen a little differently, but business will generally proceed as usual.

So go take a vacation.....and don't worry, there will be plenty of work left for you when you return!
Posted by Betty Doo at 5:16 PM No comments: