The social etiquette of social networking 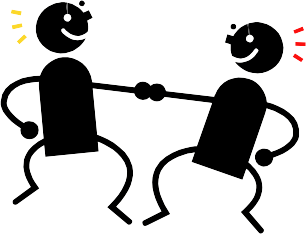 New technologies require new ways of behaving. So it is not surprising that there will be a learning curve. Twitter is my newest adventure and I am still trying to figure out the proper etiquette.

For example, a member of one of my Linked In groups posted a notice "Hey, you can follow me on twitter if you want...we have lots of good info, articles, etc.". So I went to his twitter account to check it out and saw that he was a fairly new member with hundreds of followers (wow), yet he was only following about 12 people. So I thought to myself, this guy obviously thinks he is more interesting than most other people in the world. He goes in search of people to follow HIM, secures a slew of enthusiastic followers, but decides he is really too busy, important, or whatever, to follow them in return. Are you following me here ?

So it seemed a bit arrogant and I said so on the LinkedIn discussion group which, of course, is the wrong thing to do because it made me look like a mean person (as some people seemed to think). And for those of you who are not on LinkedIn or Twitter, you are excused from trying to figure this whole thing out.

So what exactly is the proper etiquette? I am learning. For example, I am learning that every time I Tweet, I pick up a follower or two. And many of these are very interesting and I follow them back; but some aren't, so I don't. And some are just down-right weird, like the guy who's twitter updates consisted of comments such as "I love you" and "oooh baby" and stuff like that. Needless to say, I blocked him, which is another thing you can do in Twitter which seems rude but in some cases, like with this weirdo guy, is probably a good idea.

Don't get me wrong, I really enjoy being on Twitter and have met very interesting people who I am now following. And I frequently locate a person or group of interest who I decide to follow and I am not at all offended if I don't get a follow back (I really don't expect the Ellen Degeneres Show or NPR to be interested in my tweets).

There is also the situation where you are "invited" into someone's LinkedIn, Facebook, Myspace, or whatever connection and you think---I really don't want to be connected. I'm not talking about total strangers, but people you know but just don't want in your network.

What do you do now? You can reject them, but that seems awfully harsh, or not respond, which seems to be what most people do. That is hard for me since I am one of those people who prides herself in being responsive. So I have found myself contacting people directly and letting them know I keep my connections to others I know well or have worked closely with....

Yes, new technologies require a new etiquette, so as a guide I think I will just follow the social rules I use in "live" communications and hope for the best.
Posted by Betty Doo at 3:06 PM